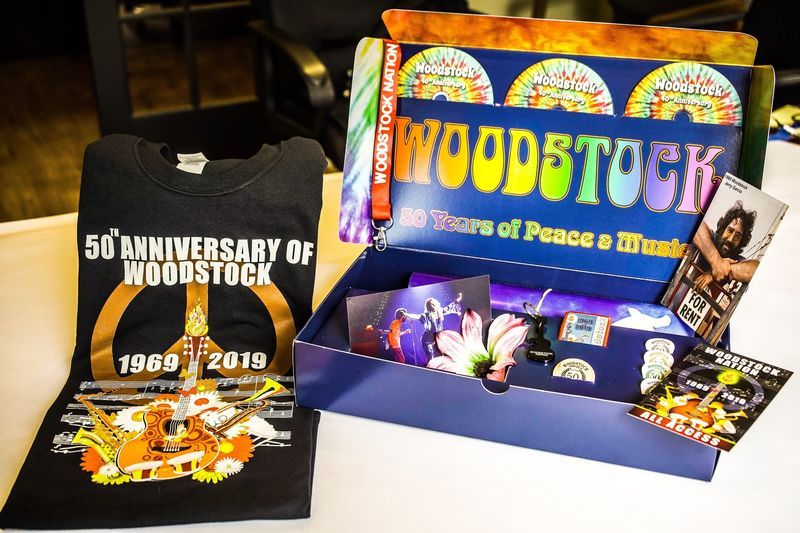 This Limited-Edition Box Set Celebrates the 50th Anniversary of Woodstock

Laura McQuarrie — August 15, 2019 — Life-Stages
References: woodstockboxset & prnewswire
Share on Facebook Share on Twitter Share on LinkedIn Share on Pinterest
To celebrate the 50th anniversary of Woodstock, Woodstock Nation is releasing a Limited-Edition Box Set that shares footage of the last real Woodstock reunion concert that was filmed. Inside the collectible box, there are three DVDs from the 2009 40th anniversary Remembering Woodstock concert, which featured the most Woodstock performers since the festival in 1969.

Inside the Limited-Edition Box Set, people will be treated to not only hours of music but also interviews, posters, a 26-page collector booklet, a t-shirt, postcards from both the 1969 and 2009 Woodstock concerts, as well as other small items like a bottle opener, a keychain and guitar picks. The collectible box also includes a token with a download code for viewing a preview of the new Woodstock Nation documentary.
2.8
Score
Popularity
Activity
Freshness
Attend Future Festival