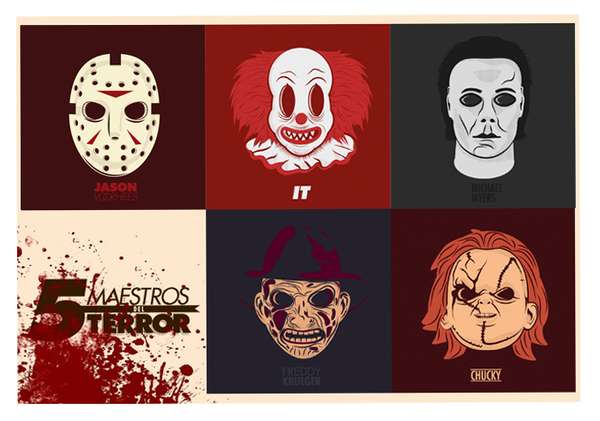 Since slasher flicks began, the main baddies managed to stick around and have made quite an impact on pop culture. Whether it's because of how horrifying they are or the fact that they just never ever seem to die, these are some of the most recognizable characters in film today. The 5 Maestros del Terror pays homage to some of these folks who for some reason, have a thirst for teenage blood. There's the foul-mouthed Chucky, the nightmare-haunting Freddy Krueger, It the clown who has no interest in making balloon animals and more.

Halloween may be over, but you can still enjoy these portraits of killers who keep coming back.
4.3
Score
Popularity
Activity
Freshness