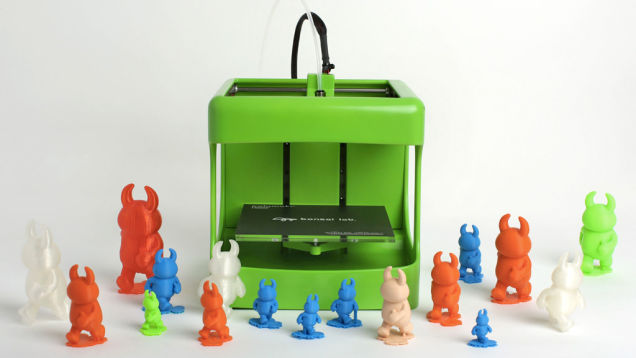 Laura McQuarrie — February 3, 2015 — Life-Stages
References: bonsailab.asia & gizmodo
Bonsai Labs' 3D printer for kids opens up a world of possibilities for children to create their own toys. Part of what makes 3D printing so awesome is that it speeds up the prototyping process immensely with the use of filaments that rapidly melt and harden. But rather than needing to be heated to a high temperature, Bonsai Labs' 3D printer was developed with safety in mind, with a special machine and filament that only needs to be warmed to about 176°F, rather than somewhere closer to 400°F.

Although the filament's temperature would still hot to the touch, this is a much safer alternative—plus, this ensures that finished 3D-printed creations don't melt into nothing in the heat of summer. The BS Toy Printer was recently unveiled at the Nuremberg Toy Fair, capable of printing toys and trinkets that are about five inches in size.
5.2
Score
Popularity
Activity
Freshness