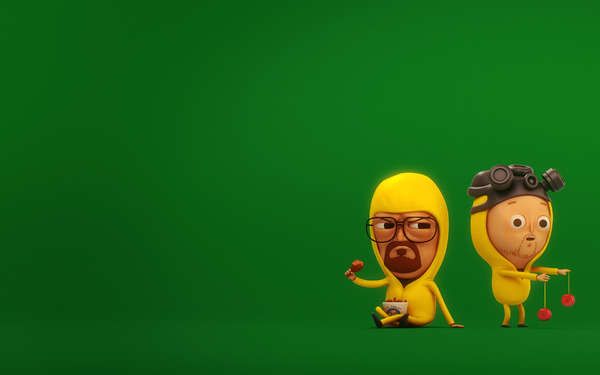 — May 13, 2013 — Pop Culture
References: slid3.cghub & zillamag
Share on Facebook Share on Twitter Share on LinkedIn Share on Pinterest
3D artist SLiD3 has created some pretty cute versions of the most famous characters around. SLiD3, who currently works for Vanguard Games, used his graphic design skills to produce smaller-than-life versions of TV, video game and movie characters from Walter White of ‘Breaking Bad’ to Mario.

Each creation features a couple of characters against a vibrant, solid-colored backdrop. The duo of Daft Punk is made pocket-sized, their famous helmets rendering them bobble-headed. With SLiD3’s work, Shaun and Ed of ‘Shaun of the Dead’ become a tad cuter than their originals, but some characters, such as Mario, become a whole lot scarier.

SLiD3’s work is representative of a new era of pop art. With new graphic design technology and 3D capabilities, pop art will no longer be done by hand; but, as SLiD3 demonstrates, it’s still as fresh and fun as before.

3D-Printed Handguns
The Liberator by Defense Distributed is Downloadable