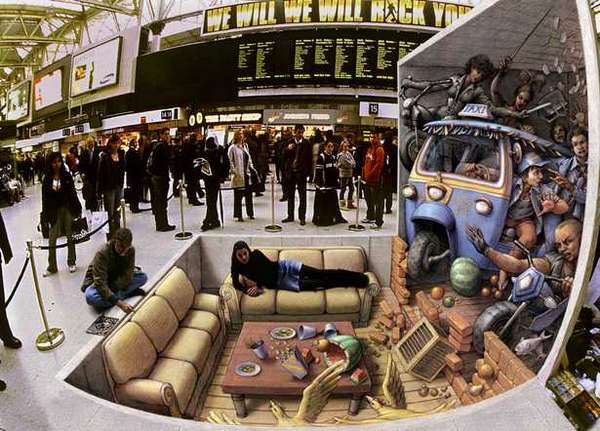 The Work of Kurt Wenner

lourdes sanchez bayas — June 14, 2008 — Art & Design
References: kurtwenner & lunaticadesnuda.blogspot
Kurt Wenner, born in Ann Arbor, Michigan is a master chalk artist who originally worked for NASA. At NASA, we worked as an advanced scientific space illustrator. But then, Wenner moved to Italy where he started street painting. There he created a chalk technique known as anamorphosis.

The anamorphosis technique is designed to â€œdeceiveâ€ the eye and produce a 3-dimensional optical illusions (Julian Beever is also known for anamorphic work).

Wenner's 3D chalk drawings on pavement have been featured in many newspapers and on several television shows around the world. He also creates public and private commissioned oil paintings, murals, sculpture and architecture all over the world. I really love this amazing optical illusions.