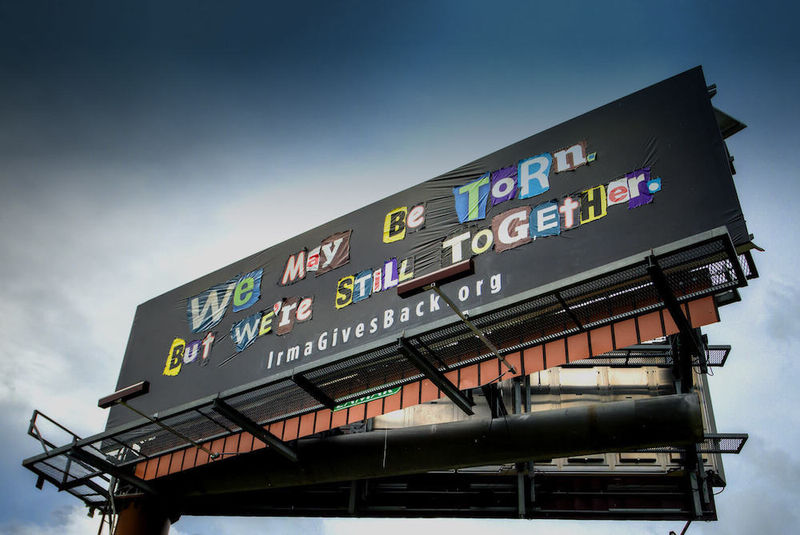 22squared is Attempting to Inspire Hope After Hurricane Irma

Ellen Smith — October 11, 2017 — Social Good
References: irmagivesback.org & psfk
Share on Facebook Share on Twitter Share on LinkedIn Share on Pinterest
22squared, an Atlanta-based ad agency has found a way to creatively re-purpose the damages left after Hurricane Irma, by introducing a series of inspiring billboards, which were created by piecing together remnants of other billboards, left behind in the storm.

In an effort to inspire optimism in communities affected by Irma, these billboards feature messages that read "We May Be Torn But We’re Still Together" and "Irma Left The Pieces, Let’s Put Them Back Together.” The messages of hope, which were crafted from broken billboards were put together in just five days, with the help of 22squared employees, who donated their time to complete the project.

In addition to offering inspiration, these billboards aim to promote IrmaGivesBack.org -- a website where volunteers can donate time and money to help those affected by the storm.
3.7
Score
Popularity
Activity
Freshness
View Innovation Webinars