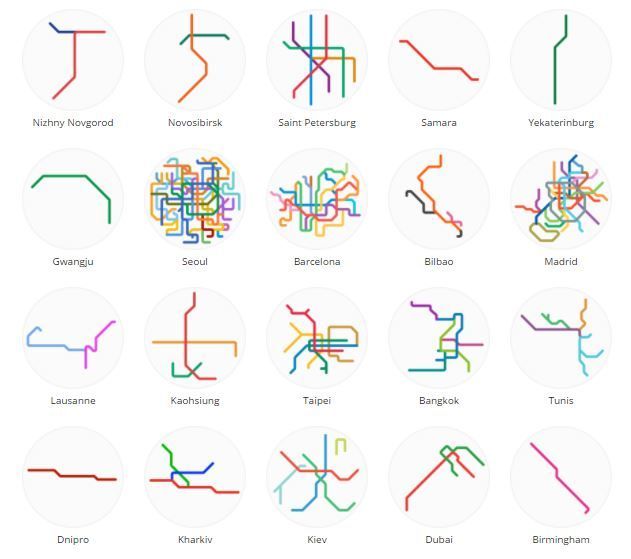 Joey Haar — May 5, 2017 — Art & Design
References: pdovak & archdaily
Share on Facebook Share on Twitter Share on LinkedIn Share on Pinterest
Peter Dvorak, an American graphic designer, has created a series of illustrations based on urban transit infrastructure called '220 Mini Metros.' The project depicts the metro and light rail systems of 220 cities around the world in stylistically similar tones, giving each of the metros a minimalist line plot placed inside a white circle.

There are two striking aspects of 220 Mini Metros. One is in comparing the most complex systems with the simplest. For instance, Paris' world-renowned system is directly beside Rennes, a small French town that has a single metro line. The other is the startling complexity of metro systems in the world's biggest cities. When laid out on the same map, Seoul's subway fills is an impenetrably dense set of colored lines, appearing more complex than even the famous Tokyo system.
3
Score
Popularity
Activity
Freshness
Access Advisory Services