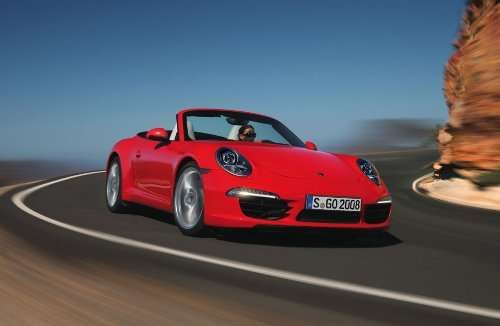 The 2012 Porsche 911 Carrera S Cabriolet is the most recent unveiling from the sports luxury automaker. With similar design features to former 911 brethren, the 2012 model has a larger wheel base for added traction, wider front track for better stability and an upgraded drivetrain for better handling. The result is a sportier ride without compromising speed or style. Also, the 2012 Porsche 911 Carrera s Cabriolet has a redesigned convertible roof, making it more aerodynamic while staying as true as possible to the traditional 911 coupe line.

No word yet on release but be sure up that line of credit because this ride is going to cost $108,000.
0.8
Score
Popularity
Activity
Freshness
Attend Future Festival