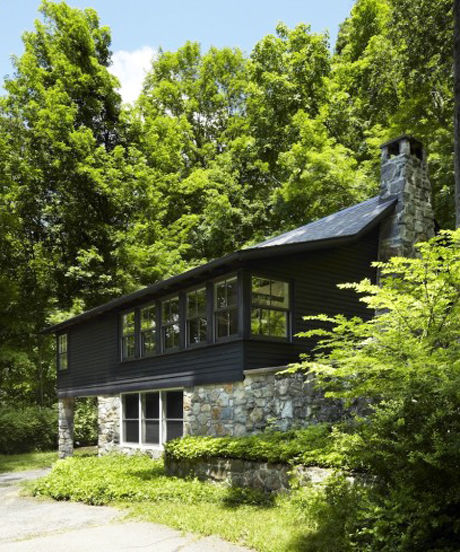 Vasiliki Marapas — December 23, 2014 — Art & Design
References: jansongoldstein & refinery29
Share on Facebook Share on Twitter Share on LinkedIn Share on Pinterest
Together with his wife, architect Takaaki Kawabata renovated a 1960s log cabin into an open-concept contemporary home for their family. So open-concept, in fact, that the entire home is conceived as a singular room. Who needs separate bedrooms, anyway? The Garrison, New York residence espouses a belief of togetherness, harmony and union.

The original floor plan consisted of several rooms that were dark and devoid of any connection to the outdoors. The Kawabata's intervened by installing an 18-by-4 foot skylight, facing towards the north, as well as a series of windows facing the south side of the residence. The windows are arranged to encourage and direct the most sunlight throughout the house according to the time of day.

The single-room design plan was inspired by Japanese communal houses, called minkas, which were made up of one room and were very commonplace during the 17th century.
6.1
Score
Popularity
Activity
Freshness
Attend Future Festival