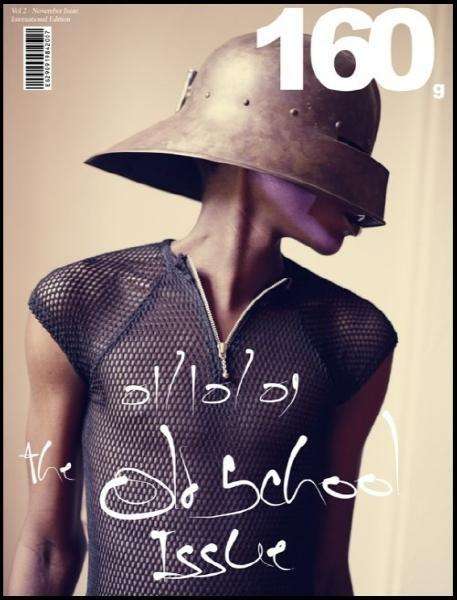 Available online starting November the first, the 160g Magazine November issue will be entitled, â€œThe Old School Issue.â€ It should be interesting to see what is inside the magazine given the odd cover photograph.

Implications - Helmets aren't a new invention, but by creating a design that strays slightly from the traditional, a common piece of headgear can become the center of attention. People are looking for something different, yet are likely to respond better to something familiar. With slight twists in design, mundane ordinary objects can become extraordinary show stoppers.
2.3
Score
Popularity
Activity
Freshness
Get the 2021 Trend Report FREE

Caged Editorials
The UKMCBO Photography Session is Rough and Gritty