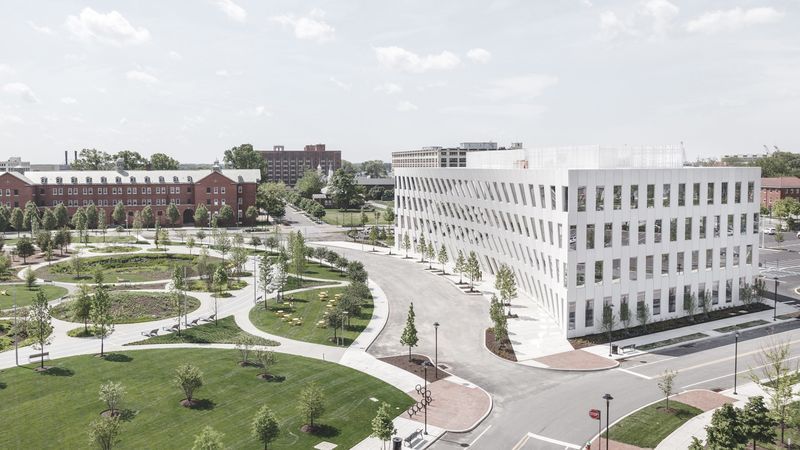 Joey Haar — November 9, 2016 — Art & Design
References: navyyard.org & dezeen
Share on Facebook Share on Twitter Share on LinkedIn Share on Pinterest
The Bjarke Ingels Group, better known in the architecture community as BIG, has designed 1200 Intrepid, a new building slated to go up in Philadelphia's historic Navy Yard. Taking inspiration from the marine connotations of its location, 1200 Intrepid's design draws directly from the battleships that still frequent the harbor only blocks away.

The battleship inspiration can be seen in the shape of 1200 Intrepid. The aggressive, swooping prows of battleships are perhaps their most distinctive feature, and the BIG building mimics this shape on its south-facing side. Seen from above, that southern wall is perfectly flat. However, at ground level, the surface of the wall dips in a concave arc, giving the total building that same aggressive, forward-leaning stance that is so striking on warships.
3
Score
Popularity
Activity
Freshness
View Innovation Webinars