Democracy in the Information Age

The Dangers of Fake News 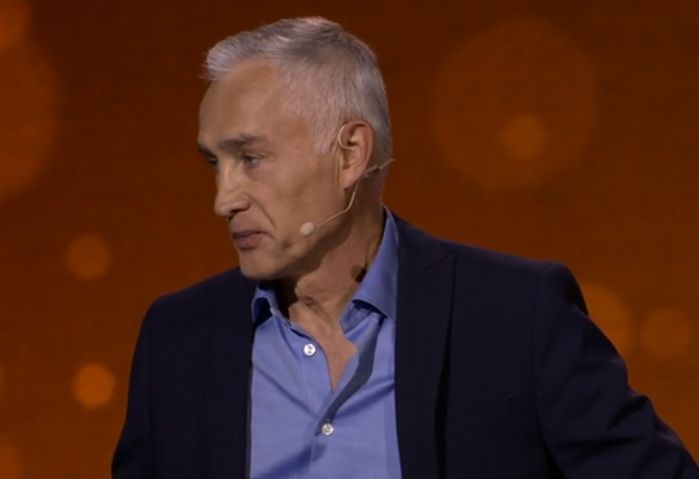 Jorge Ramos Talks About Speaking Up Against Lies and Oppression

Mishal Omar — July 21, 2017 — Keynote Trends
References: en.wikipedia.org & ted
Share on Facebook Share on Twitter Share on LinkedIn Share on Pinterest
Jorge Ramos is a Mexican-American journalist and author who gives a speech about neutrality in journalism, and talks about the now infamous moment in which the current president of the United States kicked him out of a press conference for asking a question.

Ramos left Mexico at 24 years old when working as a journalist, as he realized he did not want to be censored in his criticisms of the Mexican president, and Mexico's lack of democracy at the time. In the United States, he was surprised at the criticism that then-president Ronald Reagan experienced from the media, and the lack of consequences for doing so. For thirty years Ramos viewed this expression of free press in the US, until the most recent US presidential election. In this election, Ramos took it upon himself to try to talk to the candidate (now-president) who made disparaging, racist, and untrue remarks about Mexican immigrants. What he got instead was the candidate publishing Ramos' phone number online.

It was then that Jorge Ramos decided to no longer be neutral, a decision which led him to tell the candidate at a press conference that his plan to deport 11 million people was an injustice, as were his untrue remarks about Mexican immigrants – which led to Ramos getting kicked out of the conference. Ramos urges journalists to lose their fear, learn the word no, and to take a side – as neutrality helps only the oppressor, and does not often lead to the truth.
4.1
Score
Popularity
Activity
Freshness
Jeremy Gutsche Keynote Speaker