The Power of Hypnosis

The Value of Intuition

The Power of the Brand

The Power to Create the Future
Next
Set of
Related
Ideas 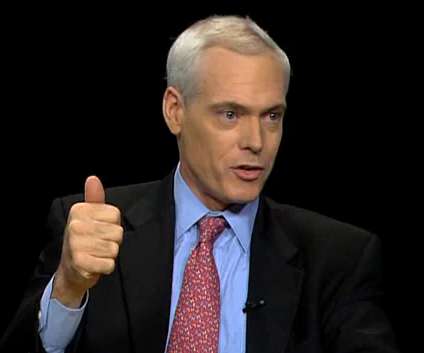 Jaime Neely — October 10, 2012 — Keynote Trends
References: jimcollins & youtube
Share on Facebook Share on Twitter Share on LinkedIn Share on Pinterest
The five steps of corporate decline are outlined by Jim Collins in this brand power speech. According to Collins, there is a very specific pattern of destruction that large companies follow. The first stage occurs when a corporation grows arrogant over its success and achievements, believing that it can get away with anything. This then leads into the second stage, when large risks are taken and behavior becomes aggressive. A corporation might try to expand too quickly and take on other industries. It is characterized primarily by undisciplined behavior.

Stage three is witnessed in "the denial of risk and peril." The undisciplined behavior and poor decisions begin to catch up and there are very clear warning signs. A corporation can either recognize them or continue down its path of destruction. If that is the case, stage four materializes and the company is looking for a quick fix that is not available.

The last stage is the end, at which point there is no money or cultural capital remaining. Collins' brand power speech points out that at some point, a large corporation will fall.
3.1
Score
Popularity
Activity
Freshness
Get Trend Hunter Dashboard