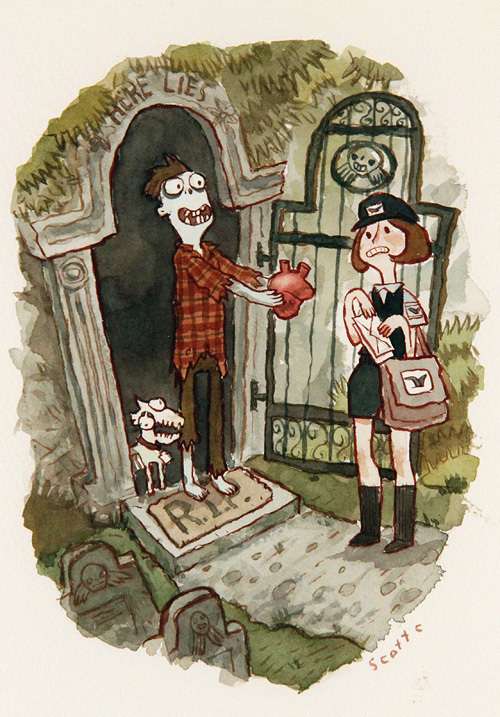 This comic-like series is lovable and has been making serious waves on the web. Well-drawn with an appropriate amount of darkness, the images balance eeriness with endearment. The cartoons are humanizing to a certain extent and well-timed ,given the current zombie-focused media frenzy -- they'll probably be as popular as the undead craze itself. The zombie character in Campbell's depictions go from courting a woman to actually marrying her at some point, proving that this comic story has a happier ending than one might anticipate.

Unique, odd and bizarrely charming, this is an inspired change of pace for zombie depictions.
3.9
Score
Popularity
Activity
Freshness