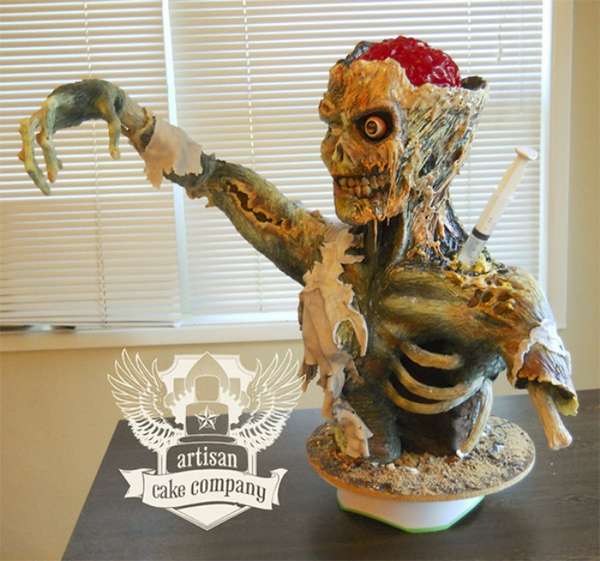 The Zombie Cake by Artisan Cake Company is Incredibly Life-Like

Meghan Young — March 27, 2013 — Lifestyle
References: artisancakecompany & ohgizmo
The Zombie Cake is incredibly life-like, which is impressive since a zombie is anything but lively. Completely gory, it is the perfect way to celebrate the end of another successful season of the hit AMC television show, 'The Walking Dead,' which airs this upcoming Sunday. For those who don't need an excuse for such an elaborate desert, the Zombie Cake can be commissioned from Elizabeth Marek of Artisan Cake Company, which is based in Portland, Oregon.

Made out of Rice Krispy Treats, fondant, petal dust, and a whole lot of food coloring, the Zombie Cake's best feature has to be its red jello brain. Strikingly detailed from the outstretched arm to the exposed ribs and even a syringe, the Zombie Cake tastes better than it looks.
3.1
Score
Popularity
Activity
Freshness