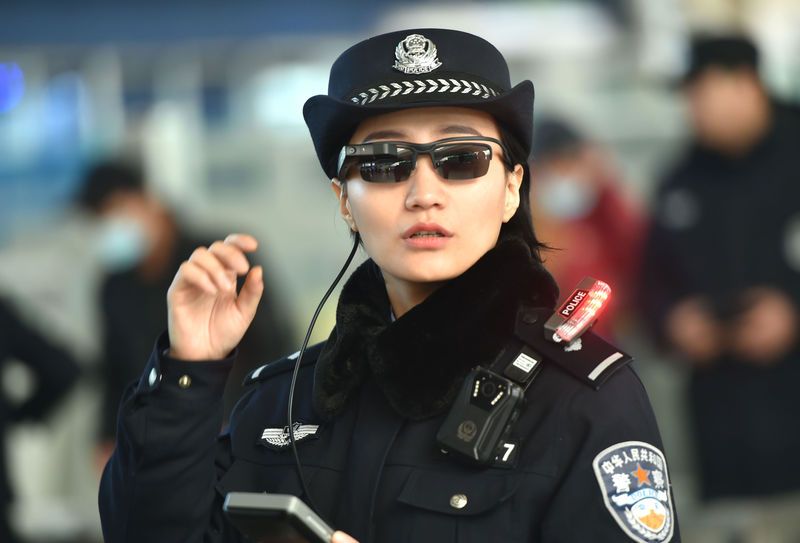 Joey Haar — February 8, 2018 — Tech
References: new.qq & theverge
Share on Facebook Share on Twitter Share on LinkedIn Share on Pinterest
It might seem like something out of the sci-fi franchise Blade Runner, but the Zhengzhou police force has recently begun testing extremely high-tech sunglasses that allow officers to recognize at-large criminals using facial recognition. China's "emerging megacity" of Zhengzhou is awaiting a huge influx of domestic tourists for the upcoming Lunar New Year, according to The Verge, and the government sees the glasses as an effective and efficient way to prevent criminals from escaping during that rush.

The surveillance glasses have been developed by Beijing-based tech company LLVision Technology Co. They've got AI built in on the front end, which means that officers get immediate feedback on facial recognition searches as opposed to having to take pictures and wait for results. This live feedback means that the Zhengzhou police is better equipped to respond to criminal activity and evasion on the spot, whereas with CCTV footage they're necessarily forced to react hours, days, or even weeks later.