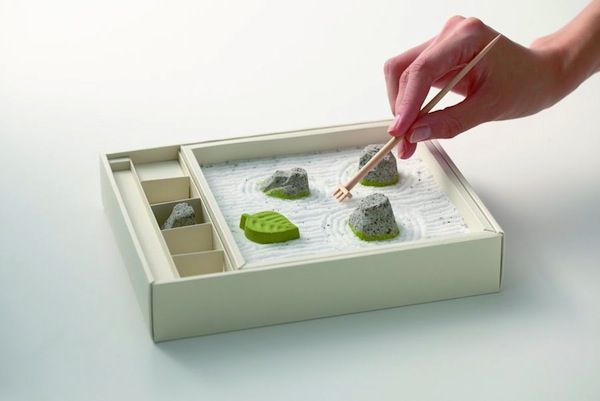 However, this Zen rock garden doubles as a sweet snack. The rocks in it are actually made of black sesame cubes and the sand is actually a bed of sugar. So after your hard session of meditation, refuel with this modern take on tradition. But don't eat it all at once, because this little garden acts as a cute piece of decor too -- you won't want to ruin it unless you are starving.
3.7
Score
Popularity
Activity
Freshness
Attend Future Festival Virtual