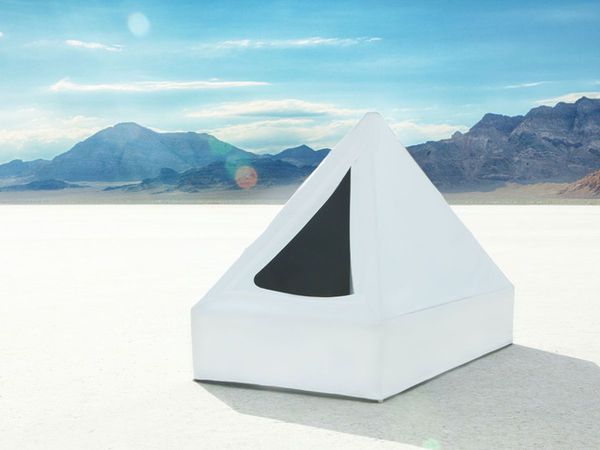 Meghan Young — May 2, 2014 — Art & Design
References: kickstarter & visualnews
Share on Facebook Share on Twitter Share on LinkedIn Share on Pinterest
The use of isolation tanks, which provide insurmountable health benefits by promoting relaxation, deep meditation and an overall sense of well being while soothing chronic muscle pain and increasing athletic performance, can now be enjoyed at home with the Zen Float Tent. It is the first affordable alternative to the average tank, which cost between $10-30k. In stark contrast, the Zen Float Tent is priced at $1700.

Designed in Salt Lake City, Utah, the Zen Float Tent is shaped just like a traditional camping shelter, hence its name. Lightweight and easily portable, it can be assembled both indoors and outdoors. According to Visual News, only 25 sessions need to be experienced to cover its cost. It has currently reach over half of its crowdfunding goal on Kickstarter.
5.2
Score
Popularity
Activity
Freshness
Jeremy Gutsche Keynote Speaker