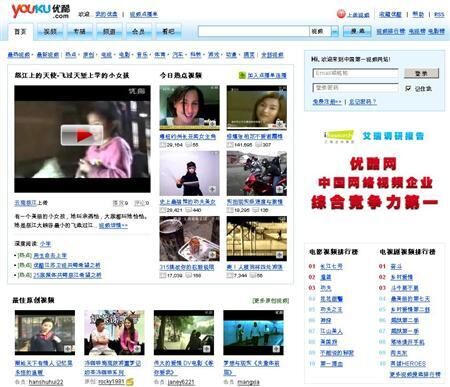 The site looks similar to YouTube, showing a main video with different channels and featured videos on the site. Below the featured clip are statistics like views, number of comments, embed codes for both flash and html and the ability to go to full screen mode. There could be more features too, but my Chinese is a little bit rusty!

The site was launched in December 2006, with about 100 million videos being viewed daily. Considering there are 210 million web users in China alone (that's more than in the US), that view count isn't very high. Those are the numbers until now, chances are, the new partnership cool provide a boost in viewership.

The problem with region-specific social networks like Youku.com is that people aren't able to connect with a global network, and isn't that the beautiful of sites used internationally like YouTube?
4.5
Score
Popularity
Activity
Freshness
Get the 2021 Trend Report FREE