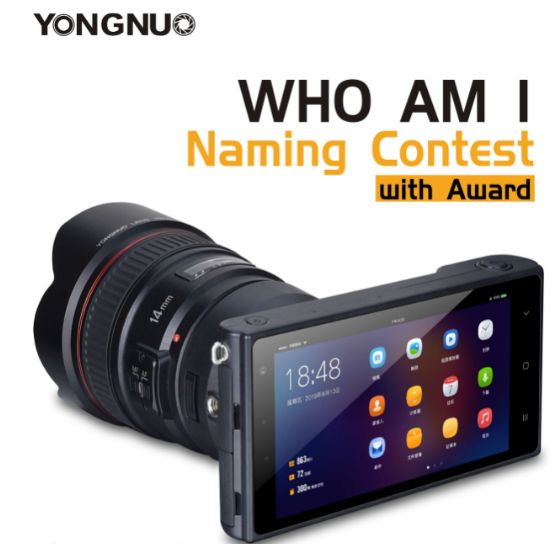 Justin Lam — November 8, 2018 — Tech
References: theverge & digitaltrends
Share on Facebook Share on Twitter Share on LinkedIn Share on Pinterest
4G cameras generally garner expensive price tags but the Yongnuo 4G camera aims to offer a budget mirrorless camera for the masses. Initial reactions to the camera have compared it to a lens strapped onto a smartphone and these reactions aren't exactly wrong. The Yongnuo 4G camera runs Android software and comes equipped with an eight-core Qualcomm processor, 3GB RAM, 32GB of storage, a 4,000mAh battery, and an 8-megapixel selfie camera.

The Yongnuo 4G camera doesn't have an official name yet, but the Chinese-based company is petitioning its users to come up with the camera's official name. The name will be announced in January with another contest that will give away 100 YN50mm f/1.8C/N lenses.

Other information on the camera has been sparse, but Yognuo has expressed the affordability of the camera.