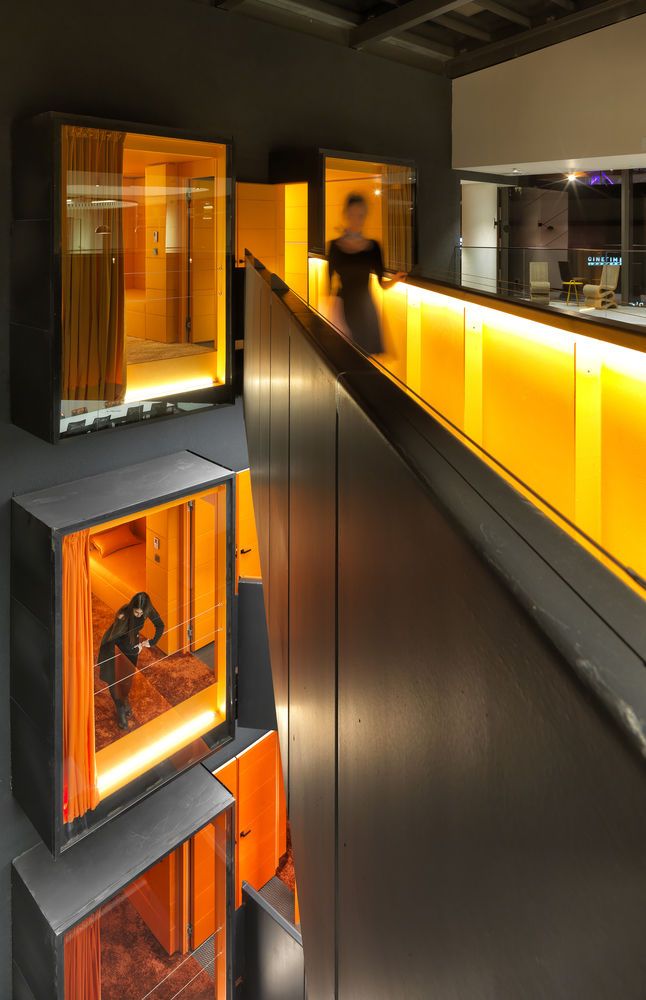 Yemeksepeti Park is Replete With Bridges and Floating Hammocks

Joey Haar — June 5, 2018 — Art & Design
References: archdaily
Share on Facebook Share on Twitter Share on LinkedIn Share on Pinterest
Today's titans of Silicon Valley ushered in the concept of an office space that's enjoyable to be in rather than a physical embodiment of tedium, and the new Yemeksepeti Park, built for the Turkish company of the same name, is a clear proponent of that philosophy. The building has a playful and joyous design that features several atypical elements.

Yemeksepeti Park is a five-story building, and each of the floors has an oddly angled bridge that connects it to the floor above or below. Further, the building's topmost floor has gaping holes in it, and these are covered with a stretchy layer of netting. That netting is designed to serve as a floating hammock, giving employees a literal way to take a high-level perspective on projects.