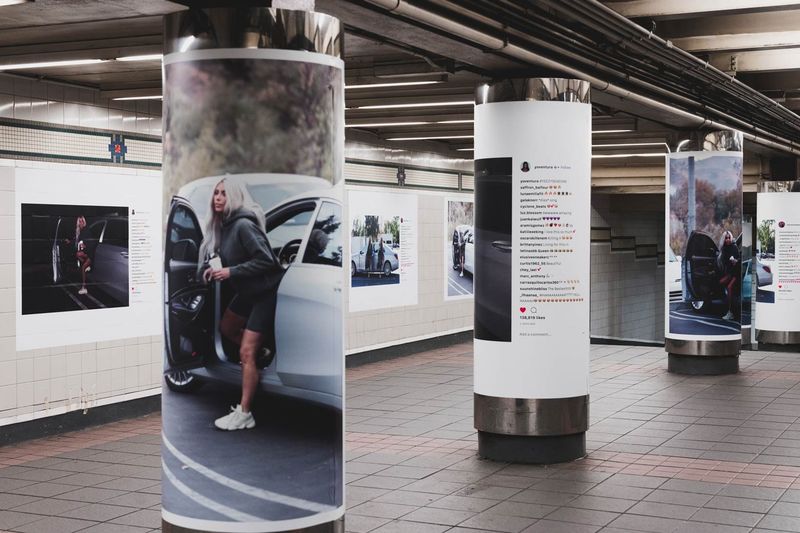 Earlier in the year, models and celebrities who were dressed to look like Kim Kardashian took part in a faux paparazzi-inspired photo shoot, in which the "Kim clones" were photographed getting out of cars, leaving the gym, or walking with a coffee in hand. The shoot was later published on Instagram, causing social media users to do a double-take upon realizing the photos starred Paris Hilton and Malika Miller, not Kardashian.

Now, screen caps of these Instagram posts, complete with Kim Kardashian's Instagram handle and the comment section, have been appearing on the walls, pillars and even turnstiles of New York subway stations. The captivating ads deviate from the standard appearance of promotional content, offering New Yorkers something that's near impossible to ignore.