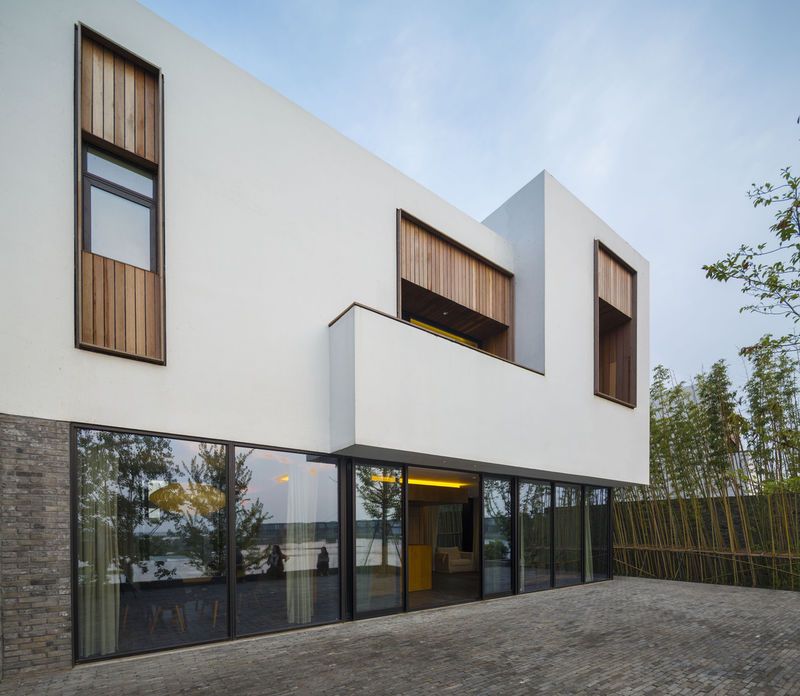 The Yangcheng Lake Villas are a Rethinking of Suburban Development

Joey Haar — June 6, 2018 — Art & Design
References: archdaily
Share on Facebook Share on Twitter Share on LinkedIn Share on Pinterest
There are certain aspects of suburban development that have remained relatively unchanged since the advent of suburbia itself throughout the US in the 1950s, but China's Yangcheng Lake Villas have the potential to reimagine suburban architecture nearly 70 years later. The buildings keep some of the practical qualities of suburban construction, but they also introduce new architectural styles and forms that one wouldn't expect in the average suburban neighborhood.

One of the major markers of suburbia is that the houses are all virtually identical to one another. This remains true with the Yangcheng Lake Villas, but the form that they emulate is far more starkly modern than the stateside model. The homes are all highly geometric in shape, with a segmented form factor.