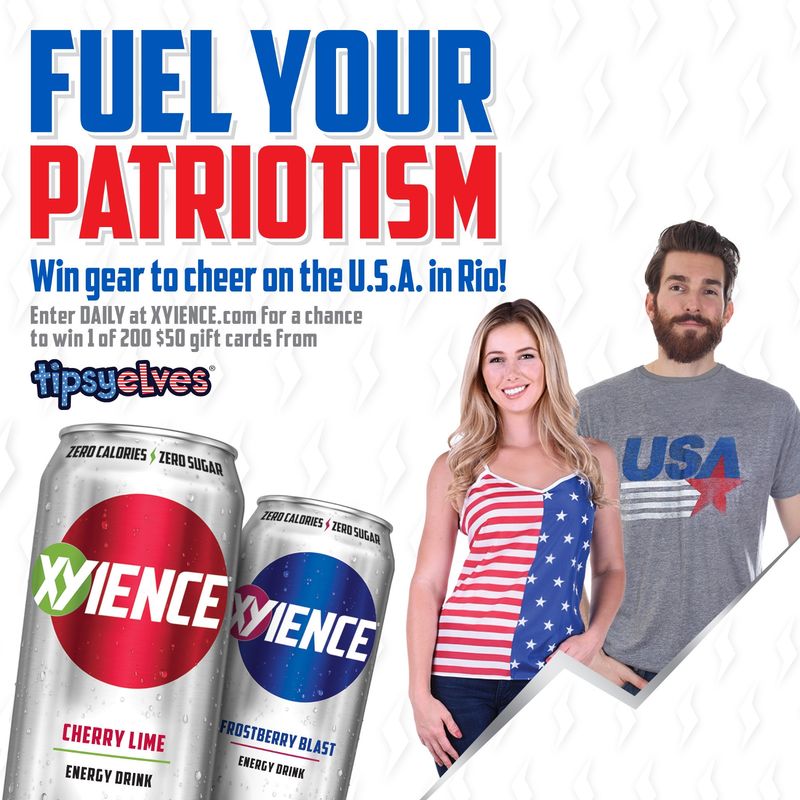 This Summer, XYIENCE is Fueling Patriotism in American Consumers

Over the summer-long promotion, consumers will be able to enter daily sweepstakes for their chance to win prizes, including USA-themed apparel and accessory items offered in partnership with holiday-themed clothing company Tipsy Elves. In total, there will be 200 prizes given out that include printed with bold red, white and blue colors, as well as patriotic flag-inspired star and stripe motifs.

As well as helping Americans celebrate Independence Day and cheer on Team USA in Rio, XYIENCE also notes that this is a particularly exciting time of year for Americans, as the summer months will lead into the upcoming presidential election.
0.8
Score
Popularity
Activity
Freshness
Get Better and Faster