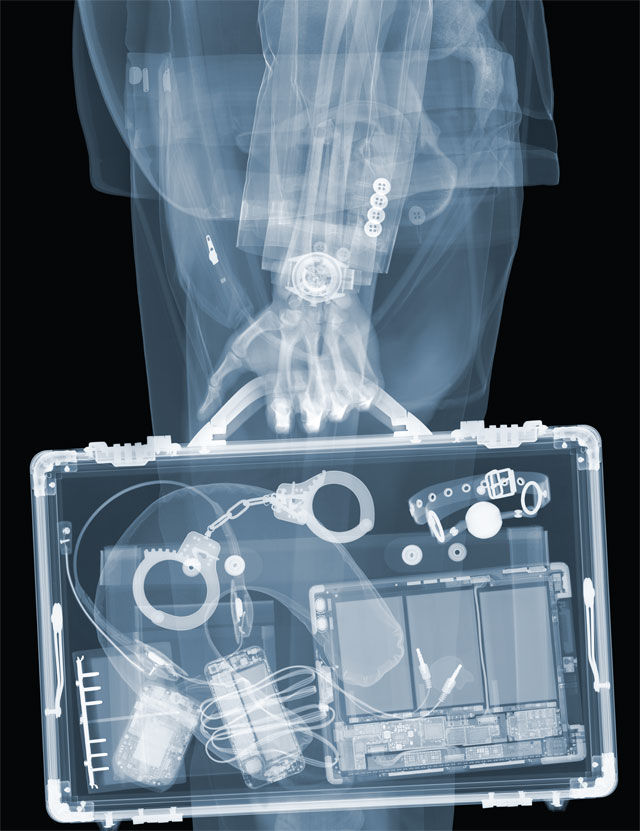 While some of us have flirted with the idea of possessing x-ray vision like Superman, Veasey's series brings us as close as possible to experiencing this power. In X-ray Voyeurism we are confronted with the secrets that people often hide. Contents of purses, briefcases, bags, and pockets are revealed by the harsh light of the x-ray, showing us objects we would expect to find and others we wouldn't.

X-ray Voyeurism is another installment in his extensive body of x-ray artwork. Veasey is attracted to the simple and beautiful honesty of x-rays, exposing the truth of what we try so hard to hide; Veasey considers his work to be a "statement against society's obsession with superficiality."
7
Score
Popularity
Activity
Freshness
Access Advisory Services