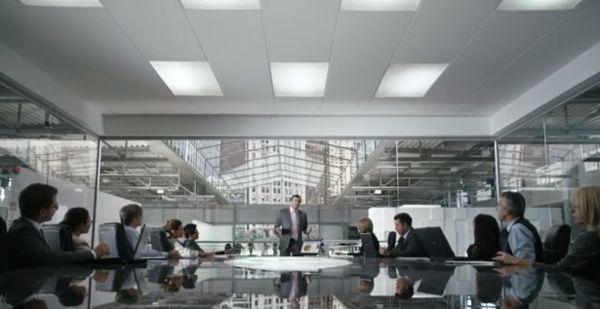 This Xbox Gaming Commercial Invites Players into the Games

Laura McQuarrie — October 27, 2013 — Tech
References: creativecriminals
This Xbox gaming commercial for the Xbox One shows just how immersive and diverse its gaming experience is.

The 'Invitation' commercial features people's lives being interrupted by game characters beckoning them to join their respective gaming universes. A man at work is surprised by a gigantic robot that crashes through the ceiling and although the bot leaves tons of destruction in its wake, it is unintentional and the harmless creature just wants to invite the businessman to play.

As well as sci-fi games, Xbox advertises a variety of games, from ones featuring zombies to sports. It's nice to see that girl gamers even get a feature too. The ad by Crispin Porter + Bogusky is a simple, straightforward and effective way to communicate the just how immersive the gaming experience is with Xbox games.
2.2
Score
Popularity
Activity
Freshness