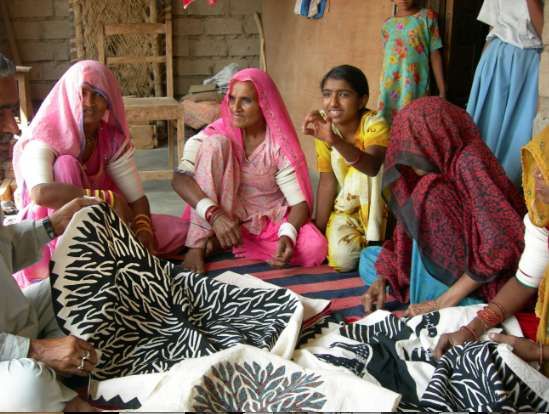 In Commemoration of the Passing of World Fair Trade Day

Tiana Reid — May 16, 2012 — Social Good
References: overstock
Share on Facebook Share on Twitter Share on LinkedIn Share on Pinterest
Saturday, May 12 was World Fair Trade Day and in order to commemorate the importance of creating safe and fair working conditions in the Majority World and beyond, SocialBusiness.org and TrendHunter.com spoke with Worldstock, which is the fair trade arm of Overstock, about not only the importance of fair trade, but also regarding potential challenges.

The CEO of Overstock, Patrick Byrne, started Worldstock while he was traveling in Southeast Asia. After noticing that many of the artisans there could not access traditional markets, his initial idea was to found a microfinance organization. Since then, the business model evolved and now Worldstock can be considered the epitome of social business by melding what we traditionally think of as "charity" and what we typically think of as "capitalism." Today, the company engages with artisans and their families in order to foster community development and health through employment.

1. How has e-commerce (and the Internet more generally) affected fair trade sales?

E-commerce has affected fair trade sales by providing the “ethical consumer” access to multiple fair trade products online rather than shops locally. They can also view the artisan and artisan's family that are benefiting from their purchase. E-commerce allows customers access to fair trade markets that were previously impossible, especially at a fair price.

2. What are some challenges with regard to the fair trade model?

One of the challenges is making consumers more aware of the fair trade guidelines and educating them on how their purchase will make a difference. Also, helping them understand the high quality of workmanship provided by the artisan creations.

3. What are the impacts (positive and/or negative) of conscious consumerism?

As consumers become more aware of fair trade, it empowers artisans and communities to lift themselves out of poverty by investing in themselves and their communities. Fair trade is much more than a fair price; it enables safe working conditions, secure living wages, prohibits forced child labor, promotes environmental sustainability and encourages community development.

4. How can TrendHunter.com and SocialBusiness.org readers help?

Readers can help by becoming more aware of “conscious living” by continuing to purchase fair trade products and by spreading the word about the positive impact that come from every purchase.

Some retailers buy goods that contribute to economic, cultural, or environmental sustainability, but then mark them up 300% or more, with the result that only a small fraction of the sales proceeds actually gets to the producers. We have decided on a radically different course. While a small profit is necessary to afford the ever larger inventories that growth requires, we prefer to price our Worldstock goods inexpensively so as to grow the department rapidly and spread the model to as many people as possible. Since the inception of Worldstock in September 2001, $81,811,832 as of April 2012 has been given back.
3.1
Score
Popularity
Activity
Freshness
View Innovation Webinars