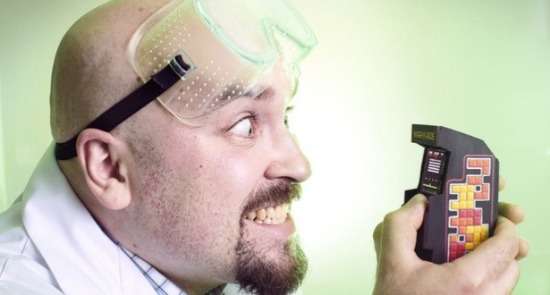 Meghan Young — January 11, 2013 — Art & Design
References: shortlist & dvice
Share on Facebook Share on Twitter Share on LinkedIn Share on Pinterest
The World's Smallest Arcade Machine has officially earned its title, appearing in the Guinness World Records 2013 Gamers Edition. Measuring no more than 4.88 by 2.05 by 2.35 inches, which makes it smaller than an iPhone, it is so small it might be hard to believe that anyone can play an actual video game on it. Well, believe it. This adorable arcade is capable of playing versions of Tetris, Space Invaders and Breakout.

Designed and built computer engineer Mark Slevinsky, who hails from Alberta, Canada, the World's Smallest Arcade Machine is an impressive feat. Slevinsky also reveals, "My wife and I are expecting our first child any day now - he'll be the right size to play!" Too bad for those who wanted to get their hands on it.
2.2
Score
Popularity
Activity
Freshness
Attend Future Festival Virtual