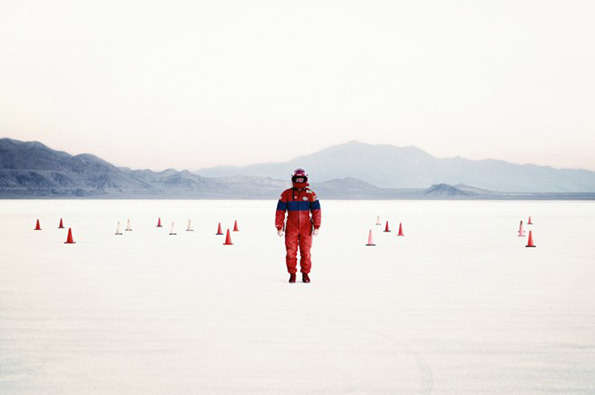 The World Speed Trials by Brad Harris is Quiet and Personal

Meghan Young — January 22, 2013 — Autos
References: bradharrisphoto & itsnicethat
The World Speed Trials photo series is a stunning documentation of the exciting event. Everything added up to create the perfect conditions for such captures. The flat planes and mountain ranges of the Utah Salt Flats provided a visually striking backdrop while the vehicles themselves were topnotch and the men driving them riddled with determination and adrenaline, which lent each image a fair bit of emotion.