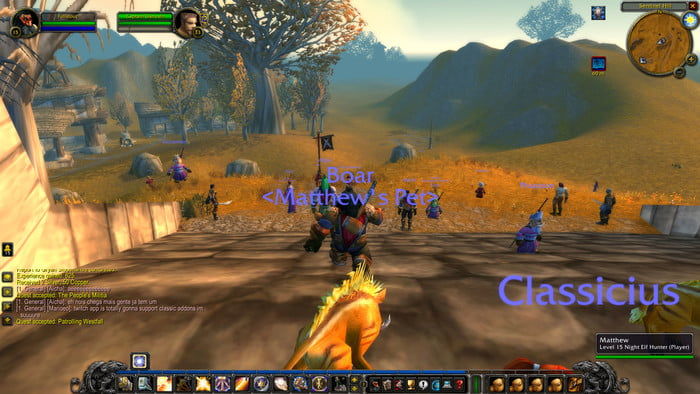 Justin Lam — November 6, 2018 — Tech
References: extremetech & digitaltrends
Share on Facebook Share on Twitter Share on LinkedIn Share on Pinterest
World of Warcraft Classic aims to return players to a world that is drastically different than its modern iterations. Nostalgia is a powerful tool right now in gaming and World of Warcraft Classic hopes to cash in on this by offering players a return to what the game used to be. Announced officially at Blizzcon 2018, this title strips away all expansions to the game, as well as a majority of the upgrades made to the game since 2004.

The upcoming release of World of Warcraft Classic is something that purists of the series have been wanting for for some time. Unlike the modern version of the game, the original was much slower, deliberate, and limited in certain aspects. This may sound unappealing, but this pace offered a unique sense of gratification to the title that was lost as the gameplay became more action-oriented.