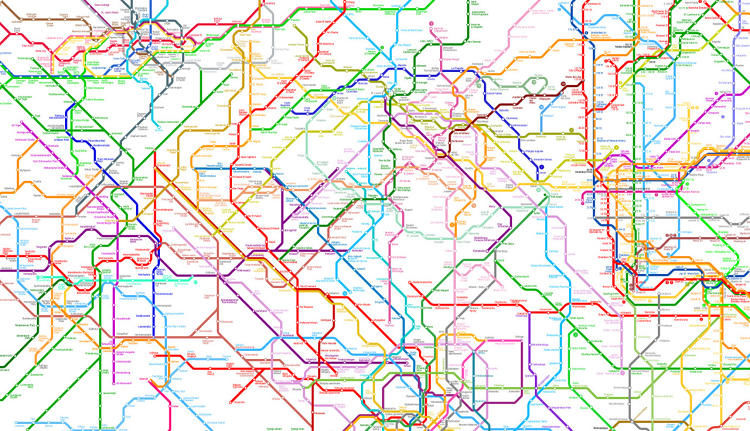 Linking worlds that are divided by land and sea, the World Metro Map is a creative design that links 214 subway systems and unifies them as one single map. The digital collage features 791 subway lines and 11,924 stations, which go from New York all the way to Tokyo. Its map style is based on the diagram of the Tokyo Metro System, but it features stations from countless others.

Though there is an artistic flair to the colorful way these lines intersect, there is a specific layout to the subway madness. While the oldest subway systems connect in the middle, the newer ones are located on the outskirts of the map.
3
Score
Popularity
Activity
Freshness
Get Better and Faster