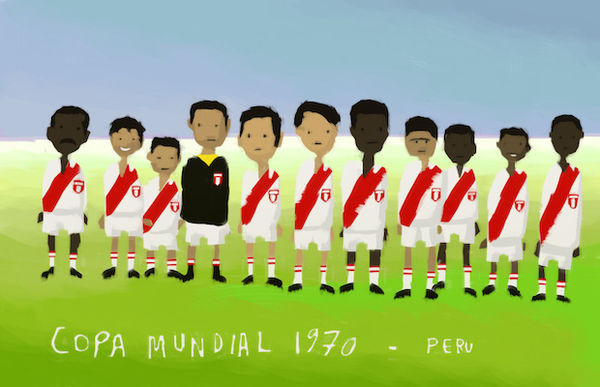 Craig Robinson Depicts World Cup Losers of the Past

Megan Facciuolo — May 26, 2014 — Lifestyle
References: flipflopflyin & complexmag
Share on Facebook Share on Twitter Share on LinkedIn Share on Pinterest
When it comes to competitive sports, one team always has to lose in a game and unfortunately for the World Cup losers, their loss is highly publicized -- even decades later. Artist Craig Robinson created a series of illustrations called 'Partakers' that depicts the "fairly good," the "alright" and the "bit rubbish" teams that lost in the championship round of the World Cup in the past.

The illustrations in the series are chronological, starting from the year that the artist was born: 1970. Aside from her personal reasons, he also chose to start with that particular date because it was the first year that the World Cup was broadcasted on television in color.

Teams like England, Cameroon, Romania, Nigeria and Japan, which are depicted with sad faces, might find some incentives for this year's tournament in the series -- it's doubtful they would ever want to feel like that again.
1.6
Score
Popularity
Activity
Freshness
Get the 2021 Trend Report FREE