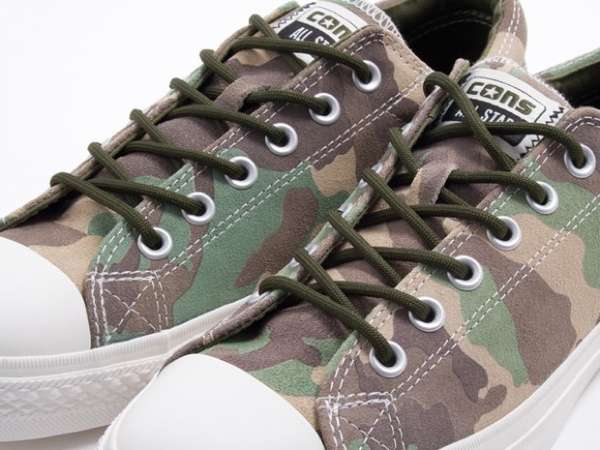 The first Chuck Taylors by Converse were released way back in 1917 and the design continues to see new colors and prints almost a century later. Converse recently revealed their spring 2013 collection at The Drake Hotel in Toronto, which included several camouflage prints.

This particular version is the Woodland Camo. Anchored by a white bottom trim and white toe cap, the low cut canvas shoe is spiced up with camouflage leather suede up top. The Woodland Camo also features a padded tongue, which is designed with skateboarders in mind. The padded tongue gives added cushion for tough landings and high impact tricks.