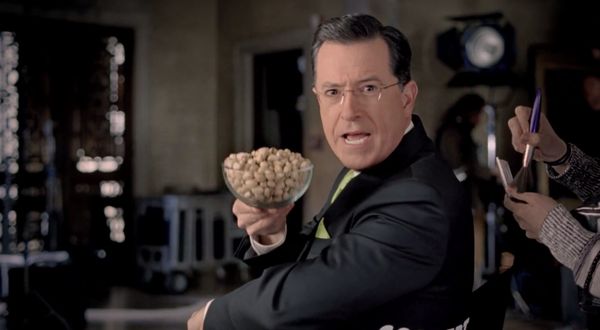 The teaser itself doesn’t give away too much, but it seems like Wonderful Pistachios does have some big things in store for game day. Just off-screen, Colbert addresses a screeching companion that will be joining him for the full commercial. It sounds like a bird that could be a Bald Eagle, which would be on theme considering the campaign is called ‘Get Crackin’ America,’ but there really is no telling.

The ad is sure to be an exciting one, since it is directed by Tom Kuntz, who is responsible for an Emmy-winning Old Spice commercial. It will also be interesting to see how the commercial compares to its hit 2013 Super Bowl ad starring PSY and a nutty rendition of his viral YouTube hit ‘Gangnam Style.’
1
Score
Popularity
Activity
Freshness
Get Trend Hunter Dashboard