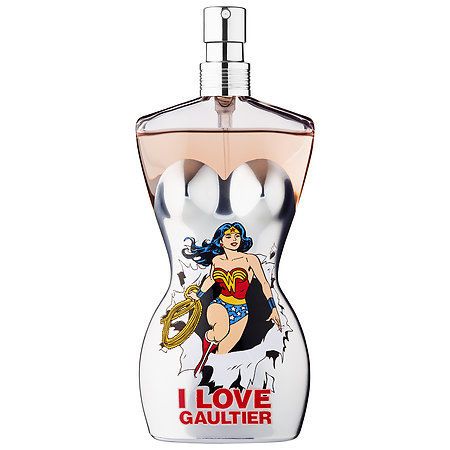 Like many of the designer's other scents, the Wonder Woman perfume comes in a bottle that emulates a woman's silhouette, with the hourglass shape containing the rosy pink liquid. Covering the majority of the bottle is a metallic finish, which represents the armor that that Amazonian princess wears throughout the film. Overlaying the metallic finish is a cartoon representation of the character as well, who dons her classic patriotic ensemble.