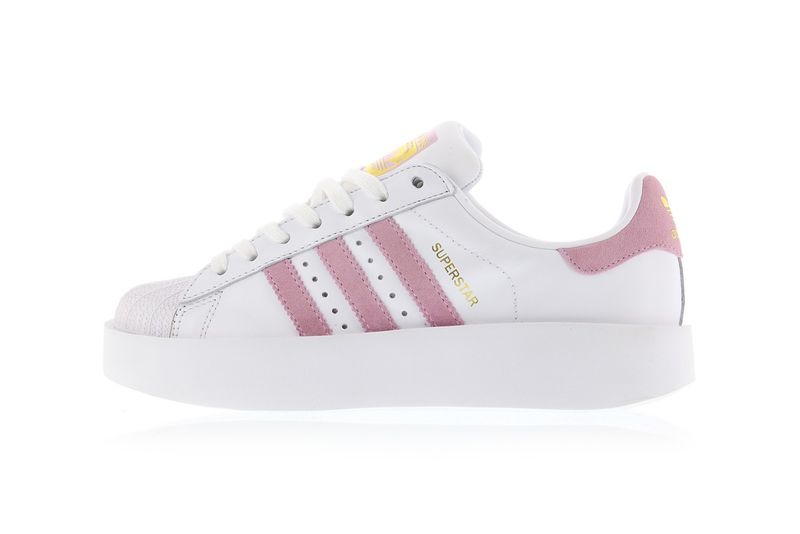 The base of the upper is constructed from a sleek leather material that's left a stark hue of white, which enables the Millennial pink accents that designate its classic three stripe branding on the sides to stand out. Each of these colored lines is separated by perforated holes, which further contributes to the minimal aesthetic that's created by the simple pink and white colorway. Diverging from this are a few shimmering gold accents, which are featured on the sides of the uppers, the backs of the heels, as well as on the tongues. These components mark the model name of the Wonder Pinks, as well as adidas Original's logo.
2.8
Score
Popularity
Activity
Freshness