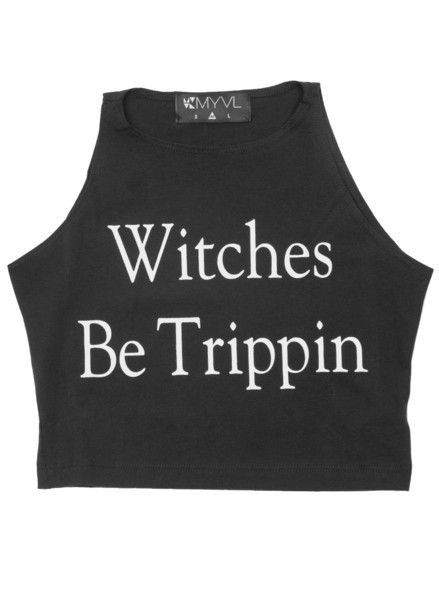 The 'Witches Be Trippin' Top Justifies Your Occult Behavior

Urban Dictionary defines the expression "b*tches be trippin'" as one primarily used by heterosexual males to justify the so-called irrational behavior of women. Though its exact origin remains unknown, it has been a popular line in many a rap song. However, if you replace the B with a W, the shirt becomes instantly more appealing to the female demographic.

Self-identified witches (you know, the kind that stir up potions in their spare time, have an arsenal of spells and aren't afraid to put a hex on you if you get on their bad side) will enjoy this funny crop top.
1.5
Score
Popularity
Activity
Freshness