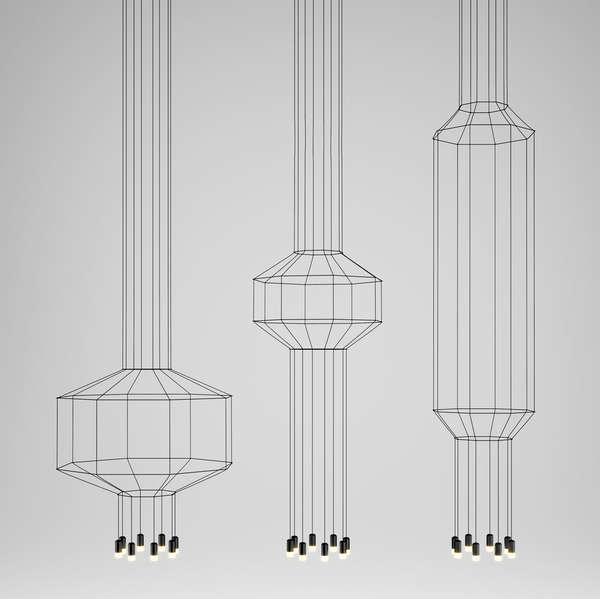 Meghan Young — May 15, 2013 — Art & Design
References: ariklevy.fr & design-milk
Share on Facebook Share on Twitter Share on LinkedIn Share on Pinterest
Wireflow by Arik Levy, a designer hailing from Israel and based in Paris, France, is a series of light fixtures that look more like two-dimensional line drawings than three-dimensional lamps. Made out of black wires, hence its name, the lights are beautifully artistic. Dropping down in handful of long lines, they each take on geometric forms somewhere in the middle only to drip down again as though it were a snake that just swallowed a large object.

Created for Vibia, Wireflow by Arik Levy may be simple, but it is also visually striking. Ending in a number of equally minimalist LED lights, the fixtures do provide a glow, although some may believe that they are solely sculptures and not practical at all. They are available in a range of shapes and sizes.