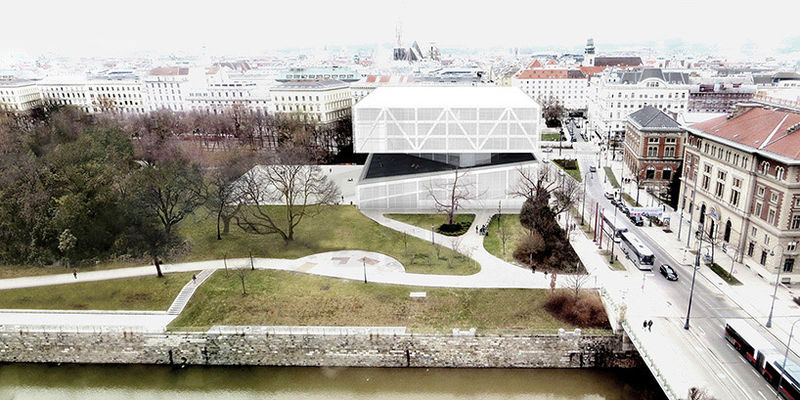 The Wiener Musikhaus Brings the People and Students Together

Jamie Danielle Munro — June 26, 2014 — Art & Design
References: why-how-what.eu & designboom
Share on Facebook Share on Twitter Share on LinkedIn Share on Pinterest
The Wiener Musikhaus in Vienna is based off designs from ancient Greek theater, meaning much of the building is open to the public. This encourages a relationship between students and the city, instead of having these as two separate entities.

The school consists of both a learning center as well as a concert hall intended for professional musicians. The thinking behind this is that the students will then have access to world-class performers, which will hopefully influence their own studies and outlook on the profession.

According to DesignBoom, "the Greeks built theaters that were based on the premise that they would bring people together," which is exactly what Why-How-What architecture firm was aiming to do with this design.