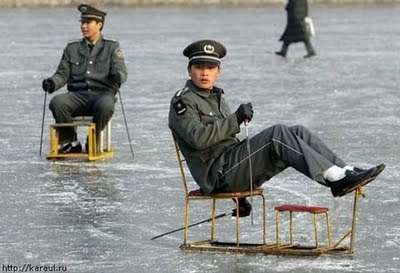 Whybotherworking Highlights Everything but Work on the Job

We’ve featured a lot of photo blogs, and just like People on Public Transit and People of Walmart, WhyBotherWorking focuses on a societal stereotypes, essentially mocking with no, or few, words.

The WhyBotherWorking images featured here include Winter Olympic security guards on sleds, firemen on a bench watching a house burn and an office literally covered in stickynotes, among other shots.
5.8
Score
Popularity
Activity
Freshness
Get Trend Hunter Dashboard

Flapjack Photoblogs
The People of Waffle House Shows You Waffle-Eaters