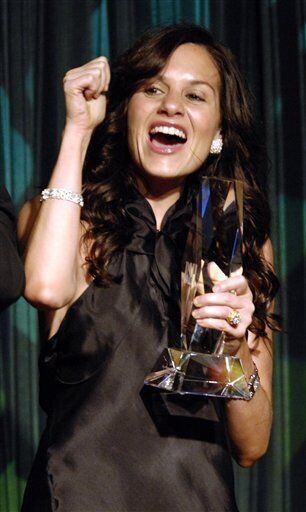 Is Kara DioGuardi the Next Paula?

A quick search reveals Kara DioGuardi is a 37 year old singer and songwriter of light pop rock music. She’s written songs for Britney Spears (Blackout), Avril Lavigne (The Best Damn Thing), Hilary Duff (Dignity, Most Wanted), Paris Hilton (Paris), and Santana (All that I am) among many, many others.

Reality shows, like Dancing with the Stars, have been a fantastic way to bring people who were famous decades ago back in the lime light. But will American Idol transform Kara DioGuardi from a behind-the-scenes heroines into a starlet too?

Until Paula Abdul began hosting American Idol, the world had just about forgotten her (except for me, as I had the joy of exercising to one of her old VHS workout videos!) Judges are becoming even more famous than contestants because of their consistent appearances.

So, will Kara DioGuardi become a household name? Is Kara Dioguardi the next Paula, or will she fall off the radar as quickly as she popped on?
2.3
Score
Popularity
Activity
Freshness
View Innovation Webinars