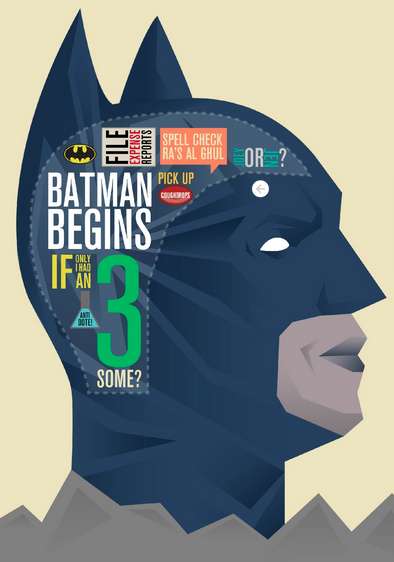 In the Batman Begins movie, Batman is facing a tough situation with Katie Holmes, Gotham City and his general decision to become Batman. With the Dark Knight, Heath Ledger gives Batman a run for his money as the Joker, and the series of thoughts that ensue are fairly spot-on in terms of the trouble that Batman gets himself into. In the final illustration of Batman’s thoughts, Batman goes through some of the major characters of the Dark Knight Rises. The “Here Kitty, Kitty, Kitty” is in reference to Anne Hathaway’s character Cat Woman, while “Alfred, Where are my Keys?” refers to his longtime butler and trusted ally.

Superhero Street Face-Offs
The Spiderman vs. Batman Video Dukes it Out in Toronto