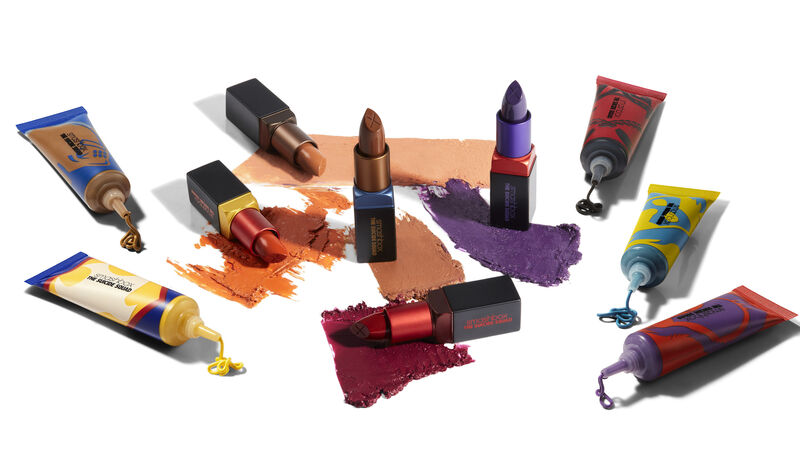 Laura McQuarrie — July 16, 2021 — Fashion
References: smashbox & prnewswire
Share on Facebook Share on Twitter Share on LinkedIn Share on Pinterest
Smashbox x The Suicide Squad is a limited-edition makeup collection that ties in with the upcoming superhero action-adventure film and it's full of legendary shades and high-performing pigments. The brand, known for its primers, is introducing its primer-infused formulas with packaging that references characters from the franchise like Harley Quinn, Polka-Dot Man and Ratcatcher 2. For each character, the movie's Makeup Department Head, Heba Thorisdottir, will be sharing a series of character-inspired tutorials.

The collection introduces five shades of Be Legendary Lipstick and the same number of Always On Cream Shadow shades. Following this summer release, for the fall, the brand will be launching a Harley Quinn Makeup Kit just in time for Halloween.
5.7
Score
Popularity
Activity
Freshness
Jeremy Gutsche Keynote Speaker