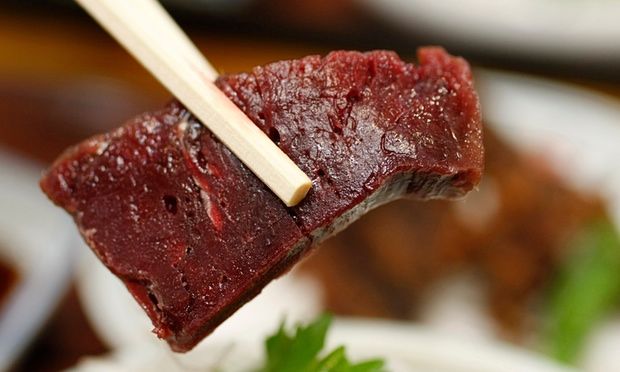 Christopher Magsambol — October 12, 2015 — World
References: theguardian
Ebisu is a gastronomic hub in Tokyo hoping to land more tourists during its upcoming whale meat food festival. When planning a trip to Japan, food is definitely something to look forward to, but rarely is whale meat on the top of the list, but perhaps a trip to Japan's capital can change that.

The festival will have over 30 restaurants in the Ebisu district featuring whale meat for the first time. It is only a question of whether tourists will want to try the gamey texture that is comparable to venison. Despite already having increased tourist numbers in recent years, Japan hopes to bolster even more worldwide attention for the upcoming 2020 Olympics. Japan also wants to alter the negative perception associated with whale hunting and its consumption.
1.5
Score
Popularity
Activity
Freshness