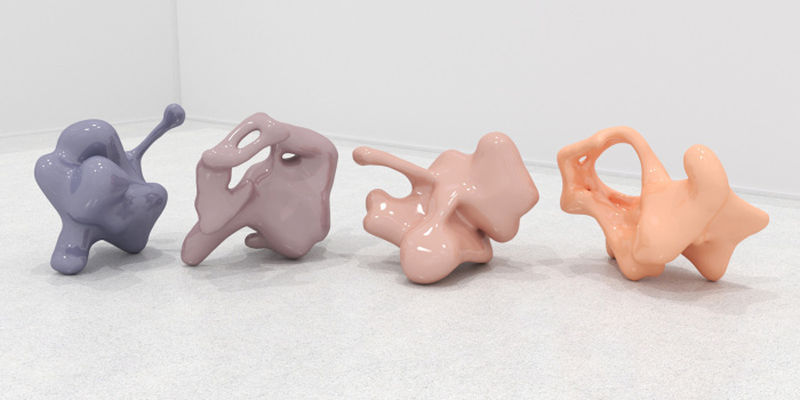 Meghan Young — July 9, 2014 — Art & Design
References: tomhancocks.info & trendland
Share on Facebook Share on Twitter Share on LinkedIn Share on Pinterest
Wet Space by Tom Hancocks, a visual artist based in New York City, is a series of sculptures that look as though they were made out of some sort of pastel gunk. Fluid and organic, the malleable-looking objects can be likened to a myriad of things including colored milk, Play Doh and more.

In reality, Wet Space by Tom Hancocks was digitally imagined, which makes the sculptures even more impressive. Known for his fluid works of art, also shown are some pieces created for self-published magazines like Offline Samizdat. With simple white backdrops, the digital sculptures stand out all the more, which allows his audience to fully appreciate the different intricate forms they take on.
3.1
Score
Popularity
Activity
Freshness
Attend Future Festival Virtual

Steel-Made Paintings
Oh The Humanity! by Frank Plant Depicts Redheads at the Beach