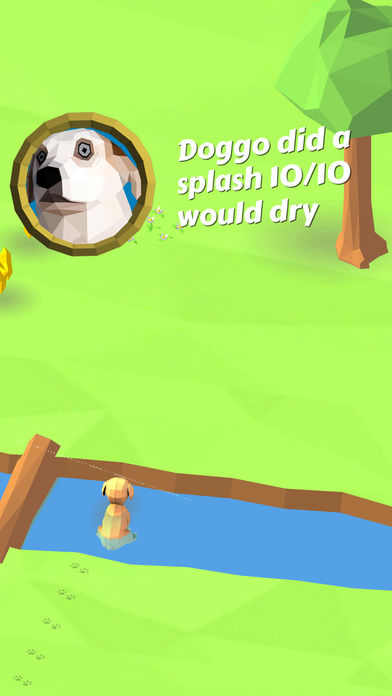 Twitter's WeRateDogs Now Has Its Own Mobile Game, 'Good Dogs!'

Laura McQuarrie — February 6, 2017 — Lifestyle
References: google & hellogiggles
Share on Facebook Share on Twitter Share on LinkedIn Share on Pinterest
On Twitter, 'WeRateDogs' (@dog_rates) is described as the "#1 Source for Professional Dog Ratings," providing millions of followers with daily dog "ratings," alongside pet photos and jokes. Now, WeRateDogs is offering its very own mobile gaming app called 'Good Dogs!' based around the same premise. It is described that WeRateDogs is now offering the "most realistic and numerically accurate dog running simulator ever."

In the gaming app, players put themselves in the shoes of a dog collecting bones. When an obstacle gets in one's way, humorous "ratings" appear onscreen, such as: "Dispupointing 2/10 would definitely still pet tho."

Within the Good Dogs! app, players can add accessories to the virtual pets and level up the abilities of the dogs to enhance gameplay. With over a hundred ratings from players, this app boasts an incredible five-star rating on the iTunes App Store.