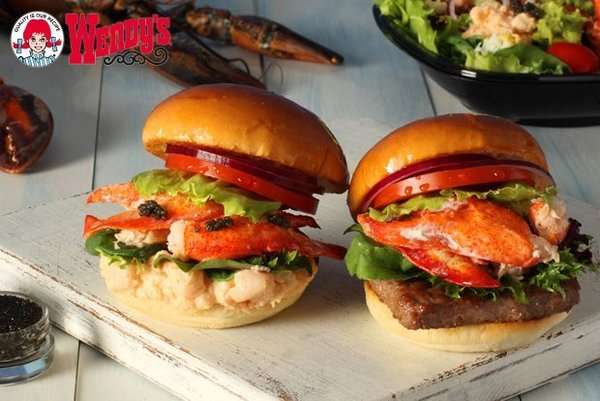 Wendy's Lobster and Caviar Burgers are Introduced in Japan

Katherinev123 — August 9, 2012 — World
References: burgerbusiness & latimes
Share on Facebook Share on Twitter Share on LinkedIn Share on Pinterest
The race is on among fast food chains who are trying to win markets overseas through the creation of innovative and offbeat fare, and one manifestation of this is Wendy's lobster and caviar burgers, which have just been introduced in Japan for a limited time.

A glamorous approach to fast food, Wendy's lobster and caviar burgers -- officially called the Lobster Surf & Turf Burger and the Premium Caviar & Lobster sandwich -- are made with Omar lobster (a Canadian import) and will be priced at a little over $16 each. They join Wendy's other extravagant offerings that are currently available only in Japan, such as the foie gras burger with truffle sauce and the Iberian Bacon Chili Premium Deluxe burger.

In America, Wendy's burgers have yet to "go glam," but competition has been fierce among fast food chains across the country. According to the LA Times, Wendy's competitors, such as McDonald’s, are betting heavily on foreign expansion.
2.4
Score
Popularity
Activity
Freshness
Jeremy Gutsche Keynote Speaker