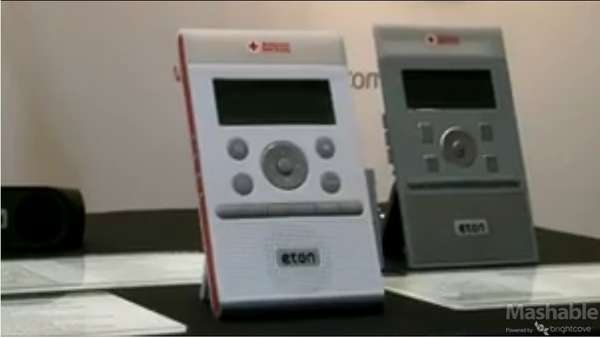 “The new ZoneGuard and ZoneGuard Plus are battery- and AC-powered weather radios that offer Weather Band, AM and FM frequencies” notes Lance Ulanoff from Mashable, who has covered the launch of this gadget at CES. Aside from its standard clock radio feature, ZoneGuard has LED-based lights and audio features warn its users against emergencies for up to 25 weather locations.

Many areas of the United States still face the potential continuation of large-scaled storms and hurricanes, such as the recent and tragic Hurricane Sandy. Correspondingly, companies such as Eaton have been updating and launching newer and more improved weather-readiness gadgets. Emergency gadgets are interesting purchases; they’re not frequently in use, but when they are, they save lives.
0.9
Score
Popularity
Activity
Freshness
Get the 2021 Trend Report FREE