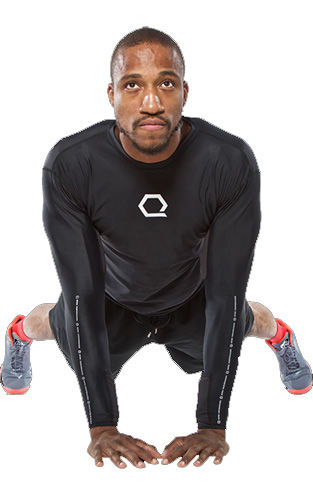 Dr Bryan Roberts — May 8, 2016 — Lifestyle
References: qoreperformance
Share on Facebook Share on Twitter Share on LinkedIn Share on Pinterest
Manufactured in the USA, Qore Performance has developed a unique wearable hydration technology built into a base-layer clothing system. During an independent clinical study, researchers found athletes were 40% more hydrated and performed 3% longer when exercising in the garment, tested on 17 subjects. The Qore Performance could be one of the first brands to actively control hydration through simply wearing a performance base-layer garment.

The novel wearable hydration technology is a phase change material positioned on the body's pulse points at the femoral, brachial and ulnar/radial arteries, commonly targeted in emergency medicine to treat heat-related illness. The wearable hydration technology packs can take effect in 10-20 minutes during exercise and then recharged by placing in ice-water for 15 minutes.

Currently worn by the military, ultra runners and others, this wearable hydration technology is exciting, particularly when the system becomes built directly into the garment rather than "attached" as a pack or insert.
2.7
Score
Popularity
Activity
Freshness
View Innovation Webinars