Supercomputers Made from PS3 Parts 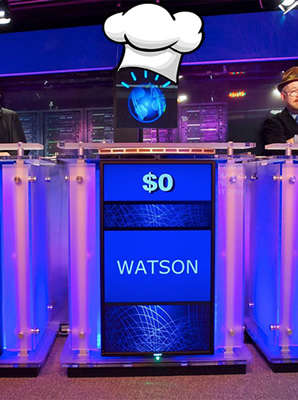 Watson has already come up for a recipe for what the supercomputer calls a "Spanish Crescent." Since Watson doesn't have any limbs, it still relies on human chefs to make the recipe involving cocoa, saffron, black pepper, almonds and honey. The interesting part of the recipe is that it tried to make the Spanish Crescent a little healthier by using vegetable oil in the recipe instead of butter. Thanks for looking out for us, Watson.
4.5
Score
Popularity
Activity
Freshness
View Innovation Webinars

Energy-Sucking Supercomputers
The K Computer is the World's Fastest, Clocking in at 10 Petaflops